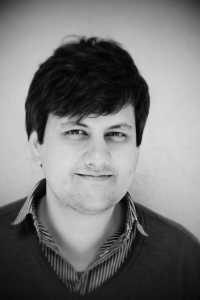 Dr. Robert Lepenies is Professor for Pluralist and Heterodox Economics at Karlshochschule International University (from October 1, 2021). He is a member of the Global Young Academy (Executive Committee 2019-2021).

He holds a Ph.D (Dr. rer. pol.) from the Hertie School of Governance, a MSc in International Political Economy from the London School of Economics, and a BA in PPE from the University of Oxford (The Queen's College).

Robert Lepenies works on the politics of nudging & on themes in the philosophy of the social sciences (economics), environmental policy (such as water governance), international political economy and the role of (social) sciences in society. He is active at the science-policy interface and has been invited expert, committee member or reviewer for various science organizations such as the International Science Council, Future Earth or the InteracademyPartnership or the EU Joint Research Center (JRC). He is an enthusiastic teacher of all things related to PPE (Philosophy, Politics and Economics).

He has held post-doctoral positions at the European University Institute (Max Weber Fellowship) and at the Berlin Social Science Center (WZB; Center for Global Constitutionalism). He held visiting studentships and fellowships at Yale University (Fulbright-Schuman Grant) and the FU Berlin. He taught politics at the ESCP Europe Business School Berlin and history of economic thought at the Hertie School of Governance Berlin in the MPP program, as well as a seminar in moral philosophy at the FU Berlin (Centre for Advanced Studies Justitia Amplificata and KFG The Transformative Power of Europe). Robert received the inaugural WIWA Young Scholars Award for Pluralism in Economics (2015), as well as the Mulert German Fulbright Association Award for Mutual Understanding (2016) and the A.SK Social Sciences Post-Doctoral Award (2016) and was a research scientist at the UFZ in the department of environmental politics.

He was the project manager of Global Colleagues (now concluded). He has three young kids.