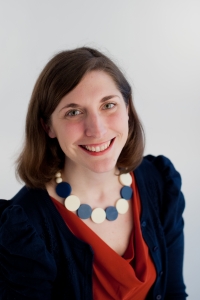 I currently hold a lectureship in law at the University of Strathclyde. Prior to this, I was a lecturer at the University of Stirling from 2011 until 2015 and a Max Weber Postdoctoral Fellow at the European University Institute from 2010 until 2011. My main research interests and specialisation lie in the fields of European Law and Labour Law (particularly European, national, and comparative labour law) and I have published widely in peer-reviewed journals in these areas.

In 2012, my work was cited with approval in the United Kingdom’s Supreme Court in the case of Société Générale v Geys. Building on my strong publication record, I am currently working on a monograph entitled New Labour Laws in Old Member States: A comparative analysis of trade union responses to European enlargement which has been accepted for publication in Cambridge Studies in European Law and Policy (Cambridge University Press). The fieldwork for this monograph was funded in 2013 by a British Academy/Leverhulme Small Research Grant.

I am one of the country experts (Germany) on the project ‘Access to citizenship in Europe’ run by a consortium of European universities and have written reports for the European Parliament and the European Public Services’ Union. I am also the Secretary of the University Association for Contemporary European Studies (UACES). In 2011, my PhD thesis was awarded the European Trade Union Confederation’s Brian Bercusson Award for the best PhD thesis to have been submitted in European Labour Law between 2006 and 2010.