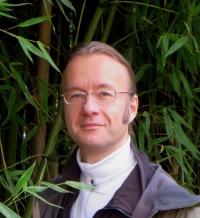 I have a Ph.D. in Sociology from the University of Rostock, an M.A. in Sociology, Biology and French from the University of Freiburg i.Br. and a licence in Sociology from the University René Descartes (Sorbonne) in Paris. After my education as a sociologist, I continued in 2001 as a PhD-Fellow at the Max Planck Institute for Demographic Research in Rostock. There I got a formation in demography and concentrated for my dissertation on socioeconomic differences in health and mortality, especially among the elderly in Denmark and the USA. From 2004 to 2008, I was a research scientist at Rostock University, then I got a grant from the European Commission to participate in the postdoctoral Max Weber Programme at the European University Institute (EUI) from 2008-2009. From 2009 to 2015, I worked at the Department of Public Health at the Erasmus University in Rotterdam. From 2013 to 2017, I was project director of a project on the causal relation between health and socioeconomic status, funded by a starting grant of the European Research Council (ERC) and hosted at the EUI, where I became part-time professor. In November 2014, I got my habilitation on "International Comparative Research on Health" at the university of Rostock.

Professorship at the University of Bamberg. Since September 2021, I hold the chair of Sociology and Social Inequality at the University of Bamberg, Germany
Professorship at the University of Rostock. Starting from April 2018, I will suspend my contract at MPIDR to replace Prof. Peter A. Berger as professor of sociology at the University of Rostock.
Back in Germany and back at Max Planck. In September 2017, I started to work at the Max Planck Institute for Demographic Research in Rostock, Germany.
Professorship at the European University Institute. In May 2016, I have been appointed as part-time professor at the Department of Political and Social Sciences at the European University Institute.
The Comparative Life Course and Inequality Research Centre (CLIC). The CLIC Centre studies changes of life courses and their consequences on social inequality in modern societies. It is part of the Department of Political and Social Sciences of the European University Institute. It was founded in April 2013 by Hans-Peter Blossfeld, Fabrizio Bernardi, Rasmus Hoffmann and Martin Kohli.
Starting grant from European Research Council (ERC). In February 2013, I started a new project: SESandHEALTH - Socioeconomic Status and Health: Disentangling causal pathways in a life course perspective.