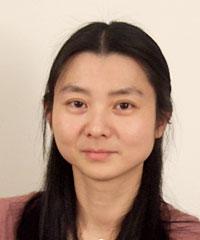 I am an early modernist Historian, and currently a post-doctoral researcher at the Centre for Judicial History (Lille 2), after having been a Max Weber fellow at the European University Institute, Florence in 2008/9. I received my PhD in history from the Ecole des Hautes Etudes en Sciences Sociales (Paris) in winter 2005 defending a thesis on soldiers experience in 18th century France. It focuses on what happened to the individuals enrolled in the french army in the contexte of military reforms in the seconde half of the 18th century. This work analyses soldiers' body and emotion, and their confrontation with military norms and values. I especially published on the topic of military discourses and gender construction. as well as army and hygien.
The research project I am currently focusing on is the CHJ ANR project on the Flandre parliament. It consists in analyzing the court records and especially civil procedures of this Northern France parliament. My research interest includes society and institutions of the Ancient Regime-army and justice in particular-, popular practices and culture of the Enlightenment. It includes also the epistemological issue of writing history as well as the perspective of history of emotion and history of body and history of gender.
Originally from Japan, I obtained my MA degree at the University of Tokyo, and managed to lead my research in France with fellowships from French government, from the Society for the promotion of sciences (Japan), and from the CEHD (Centre for Historical study of the defence, Vincennes). I also held a teaching position at University of Lille III and am currently a lecturer at the University of Paris III.