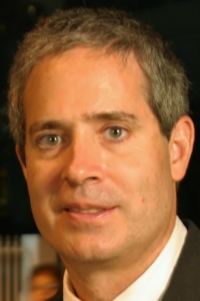 Jaime Lluch was born and raised in Puerto Rico (an unincorporated territory of the USA), and has spent many years studying and working in the USA and Europe.  He has also traveled extensively in the Americas and in the Mediterranean region.
He received his B.A. from Brown University (Phi Beta Kappa, Magna Cum Laude, and with Honors in my concentration) and an M.A. (Politics) from UC Berkeley, and earned his Juris Doctor from Yale Law School, and then spent several years working as an environmental law attorney, etc.
He earned his Ph.D. in Political Science at Yale University, awarded in 2007.  His thesis was entitled “Shades of Stateless Nationhood: Explaining Internal Variation in the Political Orientation of the National Movements of Quebec and Catalonia (1976-2005)" (Chair: James C. Scott).
He is a comparativist who works on the constitutional and political  accommodation  of national diversity in multinational  democracies, comparative federalism and comparative constitutionalism,  models of multilevel governance and citizenship, European and EU politics, and also on migration and global governance.   He is also interested in the law and politics of citizenship,  race/ethnicity and multiculturalism. He maintains a strong area interest in the Americas, including Latin America, the Caribbean, and North America (Canada and the USA).

His published work (so far) has to do with the accommodation of ethnonational diversity in multinational democracies, models of multilevel governance and citizenship, and comparative federalism. His book entitled Visions of Sovereignty: Nationalism and Accommodation in Multinational Democracies, was published  (2014) by the University of Pennsylvania Press in the Series edited by Prof. Brendan O’Leary.

Visions of Sovereignty was awarded the IV Vilaseca i Marcet international book prize (2012) by the Institut d’Estudis Autonòmics, Generalitat de Catalunya, Barcelona, and another version of the book was published in Barcelona, by permission from Penn Press, and entitled The Moral Polity of the Nationalist: Sovereignty and Accommodation in Catalonia and Quebec (1976-2010).

He organized a major conference at St. Antony’s College, Oxford in June 2011,  and based on it, an edited volume has been published (2014) in which he is  the single editor, entitled Constitutionalism and the Politics of Accommodation in Multinational Democracies, by Palgrave Macmillan UK, in their St. Antony’s College (Oxford) Series.

His book Visions of Sovereignty (2014) has received several reviews to date:

“These are questions that, as the author points out, lack answers because they have not been contemplated by previous political research on nationalism and secessionism…The book is easy to read,  interesting, and original. The originality comes from a combination of the “moral polity” perspective and the extensive empirical evidence the author has collected and analyzed…Both the subject matter and the perspective the author takes absolutely succeed in captivating the interest of the reader in the potential and complexity of analyzing and understanding the cognitive dimension of politics, a rather ‘classical’ but never sufficiently valued perspective of analysis. Overall, a book well worth reading.”  Mireia Grau Creus, Publius: The Journal of Federalism Vol. 45 No. 3 (Summer 2015)

“This is an original, provocative approach to the study of minority nationalist movements…One of the most impressive features of this project is the depth of field research, including interviews and surveys of hundreds of party leaders and militants and primary party documents going back several decades…It offers the possibility of exploring many similar cases to further test and refine its arguments. Recommended.” Philip Howe, Choice: Current Reviews for Academic Libraries  Vol. 52 No. 10 (June 2015)

“This is an ambitious book that documents within-case variations in national(ist) movements and examines how and why these variations emerge and change over time…In place of the existing paradigms that ignore and/or fail to examine the heterogeneity within national movements, Lluch offers a new approach…Visions of Sovereignty is an engaging read. The book’s strength is due both to its reliance on rich empirical data and its theoretical innovation. Lluch undoubtedly makes a contribution to our understanding of national movements and his conclusions are of great relevance to cases beyond Québec and Catalonia.”
Yesim Bayar, Political Studies Review (U.K.), 15(3) (May, 2017).

“With a refined theoretical approach, the primary objective of Visions of Sovereignty is to present what Lluch calls the “moral polity thesis” in order to explain why and in what ways stateless nations seek forms of self-determination… Lluch’s unique and original theory outlines how, in multinational democracies, nationalists consider themselves as part of the “moral polity” wherein stateless nations have expectations of reciprocity, and accommodation by the central state…Lluch continues to pursue a novel argument in shattering the standard dualism that presents nationalist visions of sovereignty as either secessionist or non-secessionist… The complexity of this breakdown is well-served by Lluch’s presentation of his research.  He presents thorough, qualitative field research conducted in both Catalonia and Quebec across all of the relevant political parties, interviewing party leadership, engaging in focus groups with base-level militants, and distributing a questionnaire.   His findings are impeccably organized in Visions of Sovereignty… Lluch writes a compelling case for his moral polity thesis that proves to be far more satisfactory than explanations that have come before it.  It is a more complex and diverse explanation of nationalism as we know it today.”

My edited book on Constitutionalism and the Politics of Accommodation, Palgrave Macmillan (2014), has received the following reviews:

“The title reflects the intention expressed in Lluch's introduction to cross the disciplinary boundaries between comparative constitutionalism and comparative politics (p. 6). True to this intention, this collection of case studies not only considers ‘constitutional moments’ (p. 7), but also socio-political phenomena, such as a country's political culture, interactions between majority and minority nationalisms, and historical contingencies. It is precisely its interdisciplinary approach which constitutes the most significant contribution of this book in a field of inquiry traditionally focused on matters of constitutional and institutional engineering… Overall, the book contains a series of very interesting case studies that satisfy the goal of combining constitutional studies with comparative politics. The case selection is sound and diverse, broadly representative of the accommodation arrangements found in Western democracies. By introducing some less well-known cases alongside ‘classical’ multinational democracies, it keeps the reader engaged.”  Zaha Kheir, Nations and Nationalism, Vol. 22, No. 1 (January 2016)

Invited in-person participant, The State of the Union 2022 conference, "A Europe fit for the Next Generation?", at the EUI, Firenze, Italia, May 5-6, 2022.
Invited Speaker, Workshop on Patriotism, Protest Politics and Political Violence, 5-6 May 2022, Queen’s University Belfast, Northern Ireland.

Chapter published in Smith and Beeman (eds.), Modern Constitutions (2020).
Book Review of Elliott's "Scots and Catalans" published in The Historian (2020).
Paper accepted for conference at University of Aberdeen, Scotland, on "Beyond the Populist Hype," January 14-15, 2021.

Field Research on the Scottish National Party and its members in Edinburgh, Scotland, April, 2019.
Article published in Ethnopolitics (UK) (2018), on "Unpacking Political Identity: Race, Ethnicity, and Nationhood in a Federal Political System".

Presentation and Panel Discussion re: my book Visions of Sovereignty, on March 9, 2017, at Interamerican University, San Juan, P.R.

Invited by the National Research Council and Ford Foundation to be a review panelist at March, 2017 assessment at the Beckman Center in Irvine, CA, USA.

University of Pennsylvania Press book published, in their Series edited by Brendan O'Leary.

Invited Contributor, World Autonomies Project, by the Institute for Studies on Federalism and Regionalism at the European Academy, Bolzano/Bozen, Italy.

Invited speaker, at Groupe de recherche sur les sociétés plurinationales' international conference on "Constitutional Politics in Multinational States," October 28-29, 2016 in Ottawa, Canada.
Invited by the National Academies and Ford Foundation to be a review panelist at March, 2016 assessment at the Beckman Center in Irvine, CA, USA.

Invited by the National Academies and Ford Foundation to be a review panelist at March, 2015 assessment at the Beckman Center in Irvine, CA, USA.

Awarded Fulbright Visiting Research Chair for 2016-17. In Human Rights and Social Justice, at the University of Ottawa Law School, Canada.

Book award ceremony held in Barcelona, December 4, 2013, at the Institut D'Estudis Autonòmics (of the Catalan government), in Barcelona. Awarded for my book "Visions of Sovereignty."
Invited by the National Academies and Ford Foundation to be a review panelist at March, 2014 assessment in Irvine, CA, USA.

Penn Press book to be published in September 2014 and Palgrave Macmillan UK book as well. Also, The Moral Polity of the Nationalist: Sovereignty and Accommodation in Catalonia and Quebec (1976-2010) published in Barcelona (2013). Published by the Institute of Autonomic Studies, Generalitat de Catalunya, Barcelona, Spain, by agreement with Penn Press. Awarded IV Vilaseca i Marcet international book prize (2012).

Invited speaker at international conference on "Constitution-Making" at the University of Pennsylvania, USA. May 3, 2013

Visiting Professor of Law, at Faculty of Law, Universitat Pompeu Fabra, Barcelona. For the 3rd trimester of 2011-2012.

Invited Speaker at international Congress in Madrid, June 14-15, 2010 at the Centro de Estudios Politicos y Constitucionales.
Book to be published by University of Pennsylvania Press: "Visions of Sovereignty: Varieties of Minority Nationalism in Multinational Democracies". In the Series edited by Prof. Brendan O'Leary