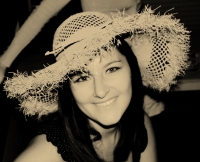 After having followed the Max Weber Post-doctoral programme at the European University Institute (EUI), I have taken up a position as Assistant Professor at the CERDI, University of Auvergne since septembre 2013.

Between 2008 and 2012, I worked as a Ph.D. researcher and lecturer at the Center for Studies and Research in Economic Development (CERDI, Auvergne University, France).
In my Ph.D. dissertation, titled “Essays on decentralization in developing countries”, I focused on various aspects of fiscal decentralization in developing countries through five essays. First, I analyzed the existence of strategic interactions among local governments in a context of weak fiscal resources (the case of Benin) and in the absence of local democracy (the case of China, in an article published in the China Economic Review). Second, I studied the effect of central transfers on local own-revenue in Benin and the normative and political determinants of the allocation of grants among local jurisdictions in Senegal (article published in the Journal of African Economics). Lastly, I examined the average and distributional impacts of decentralization on the Beninese local population’s access to poverty-related basic services (in a paper published in a special issue of the NBER Working Papers series). I received the 2009 IIPF (International Institute of Public Finance) Best Young Economist Award for the first essay titled “Decentralization in Africa and the nature of local governments’ competition: Evidence from Benin”.

During my time at CERDI, I also participated in a NBER-funded project on «African Successes» titled "Decentralization and Its Consequences in Africa:  Fiscal Competition and Redistributive Politics in Benin”, with Martial Foucault (Montreal University), Grégoire Rota-Graziosi (IMF) and, Léonard Wantchekon (New York University). As part of this project I constructed a database on local public finance in West-African countries at the Municipal Development Partnership in Cotonou, Benin. I also held an international visiting research internship at the CIRANO in Montreal, Canada to finalize the research for this project. The original panel database I collected on local public finance in West African countries can be used in many different ways. For instance, I plan to study how decentralization affects ethnic conflicts and aid effectiveness.

Within the Max Weber post-doctoral programme at the EUI, I deepened my expertise in fiscal federalism and extending my research field to address the issue of fiscal mobilization in developing countries through two new working papers.

New publications in the Journal of African Economies, International Tax and Public Finance, Revue d'Economie du Développement, .
Invited seminar at the IEB (Institut d'Economia de Barcelona). Thursday 21th March, 2013.
Participation to the last step of the "Best Young Researcher Award" , at Clermont-Ferrand. March, 14th, 2013.
Microeconomics Research Workshop at EUI (Florence). January 22th, 2013. I am presenting one of my papers on the issue of fiscal decentralization.
François Bourguignon, Paris School of Economics. "The globalization of inequality" at EUI (Florence). January 16th, 2013. I am chairing this Lecture. Come along if you're in Florence.