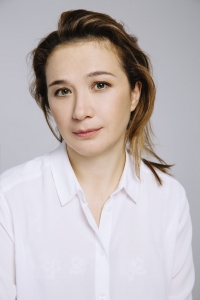 Ekaterina Mouliarova graduated with distinction from the Law Faculty of the Moscow Lomonosov State University. She has worked at the University of Regensburg, Germany as a scientific assistant since 1996. As a lecturer in the intersiciplinary University Program "Das Ostwissenschaftliche Begleitstudium" Ekaterina has taught a large variety of courses ranging from the introduction to Russian law to the EU anlargement and relations between the Central European countries and the European Union. Within the Program "Deutschsprachiger Studiengang des Deutschen Rechts" at the Moscow State University she also lectured on the impact of acquis communautaire on the accession states and promotion of the European constitutionalism beyond the EU borders. In 2005 Ekaterina was appointed as a lecturer in the interdisciplinary master program "Elitestudiengang Osteuropastudien" of the Universities of Munich and Regensburg to cover topics of the EU law, the East-European legal development and the EU neighborhood policy.
Ekaterina has been responsible for the academic cooperation  between the University of Regensburg and the Moscow Lomonosov State University and management of academic grants and scientific programs.
In 2006 Ekaterina successfully completed her PhD thesis at the University of Regensburg on the sovereignity doctrine in the context of the European integration and development of governance standards which was awarded magna cum laudae.
In 2007-2009 Ekaterina was a post-doc Max Weber fellow at the European Unviersity Institute in Florence.
Ekaterina is proud to hold the full scholarship of the Columbia University, the full scholarship of the European University Institute for the participation in the summer schools, the full scholarship of the Hague Academy of International Law. During her studies she completed trainigns at the European Parliament and at the European Court of Justice.
Currently Ekaterina teaches at the Moscow Lomonosov State University where she is registed for habilitation. Her research interests are focused on public comparative law, especially on comparative analysis of legal transplants in the countries of the Central and Eastern Europe, normative values and integration in Europe, the influence of global normative standards on judiciary.