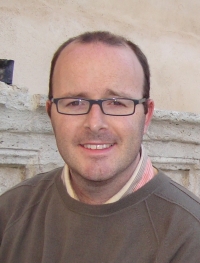 He has published one monograph entitlted 'Ethnicity and Violence' and co-edited a book on 'Politics and Memory of Transition', both published by Routledge.His work has also been published in Politics, Nations and Nationalism, Ethnic and Racial Studies, and South European Society & Politics.

His main research interests are comparative politics, social movements, ethnic conflict and asymmetric warfare. He is currently working on a comparative study of terrorist disengagement in Southern Europe.