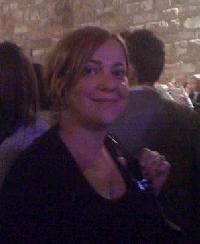 Ayse Idil Aybars is a Max Weber Fellow (2009-2010) at the European University Institute (EUI). She obtained her Ph.D. from the University of Ulster, School of Policy Studies / School of Law in 2007 with a thesis entitled ‘Patterns of Europeanisation across Welfare Regimes: Gender Equality in Employment from the Treaty of Rome to the Open Method of Co-ordination’. She obtained her MSc from the London School of Economics and Political Science (LSE), European Institute in 2002 with a Jean Monnet Award. She holds a Bachelor’s and a Master’s degree in Sociology, both obtained from the Middle East Technical University, Ankara. She worked as a research fellow at the Center for European Studies of the Middle East Technical University between 2006-2009. She spent research periods at the LSE in 2007, EUI in 2006 and Copenhagen Business School in 2005.

Her research interests include gender equality and gender mainstreaming, EU social law / policy, comparative welfare regime analysis, new modes of governance, rights-based approaches to development and EU-Turkey relations. She has been working in EU-funded research and capacity-building projects since 2006. These projects focused on the promotion of civil society dialogue between the EU and Turkey, comparative research on Europe, social and regional policies in Turkey’s EU accession process, and regional development challenges. Her publications have focused on the Europeanisation of gender equality across welfare regimes, gender equality in employment in the EU, and social and regional policy in Turkey’s EU accession process. She authored/co-authored reports on social dialogue and cohesion in Turkey, development assistance and women’s rights for various international institutions and organisations.